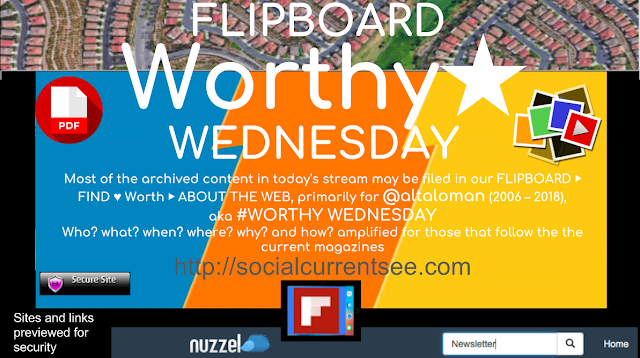 There is no way to deny that the Trump Administration is and will continue to be good for American business and the American entrepreneur. The featured link in this archive is just one classic example of that truth. Beyond the raging bull stock markets, innovation and production are coming to the forefront like almost never before. As long as the party lasts, his detractors will have a hard time stifling enthusiasm and attracting voters to their side. 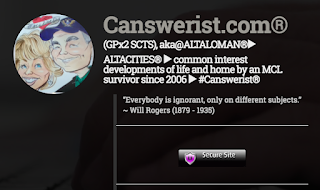 How a Local Bureaucrat Made Millions Amid the Rush to Build a Border Fence https://t.co/MyfgQfslbH
— Mike Foxworth (@ALTALOMAN) January 2, 2018 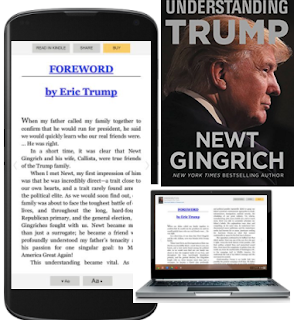 https://goo.gl/BwjhGZ
P O S T S C R I P T via my Amazon eXNG
The presidency of Donald Trump marks a profound change in the trajectory of American government, politics, and culture. Like his administration, the movement that put him in office represents a phenomenon that is worth studying.

Donald Trump is unlike any president we've ever had. He is the only person ever elected to be commander in chief who has not first held public office or served as a general in the military. His principles grow out of five decades of business and celebrity success-not politics-so he behaves differently than do traditional politicians.

In UNDERSTANDING TRUMP, Newt Gingrich shares what he learned from more than two years helping Trump and his team throughout the campaign, the election, and during the first months of the presidency.

Mr. Gingrich provides unique insight into how the new president's past experiences have shaped his life and style of governing. This book also includes Mr. Gingrich's thorough analysis of how President Trump thinks and makes decisions, as well as the president's philosophy, doctrine, and political agenda going forward.

Further, these pages hold a detailed discussion of Trump-style solutions for national security, education, healthcare, economic growth, government reform, and other important topics. Mr. Gingrich also identifies the forces in the Washington establishment, media, and bureaucracy that will oppose the president at every turn.

Finally, UNDERSTANDING TRUMP explains the president's actions so far and lays out a vision for what Americans can do to help make President Trump's agenda a success.

The president owes his position to the people who believed in him as a candidate, not to the elites in government and media who have expressed contempt for him since he began his campaign to become president. The very essence of Trump's mission is a willingness to enact policies and set goals that send our country in a bold new direction - one that may be "unreasonable" to Washington but is sensible to millions of Americans outside the Beltway. Only with the country's help will President Trump be able to overcome the entrenched interests in Washington and fulfill his promise to make America great again for all Americans.