None will deny that not a day or week seems to go by without some major news story about a natural disaster somewhere in the world.

These news and social media accounts are more than a passing interest to most, particularly to USA residents due to recent disasters in North America from coast-to-coast. Whatever the calamity, humanity is disrupted and displaced.  These topics, while not very uplifting to contemplate, have actually resulted in new definitions for these times, like:

DISASTROPHE is a recently coined term to blend "disaster" with "catastrophe" in the lexicon of disaster recovery.  What follows are a series of posts on the topic during the timeframe of two serious wildfires in California.  So serious are these fires that they have well-distracted Californians from the usual calamity on their minds, earthquakes. 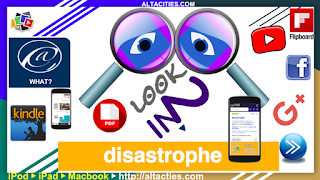 DISASTER RECOVERY for common interest developments (aka homeowner associations or HOAs), indeed recovery after disaster for any homeowner or community is not easily classified under a single subject or term.  But for this comment stream, we have chosen the term, DISASTROPHE, here defined ▶ https://goo.gl/RKAmwQ  ▶ SEARCH MORE ▶ https://goo.gl/rf996b ▶ SLIDE VIEW ▶ https://goo.gl/4P16Uo 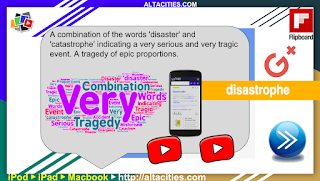 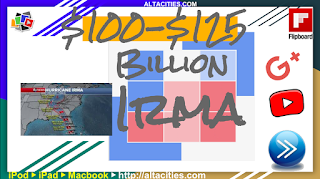 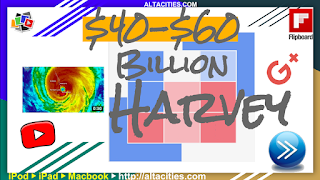 According to the link below, "Hurricane Harvey was an extremely destructive Atlantic hurricane which became the first major hurricane] to make landfall in the United States since Wilma in 2005, ending a record 12-year span in which no hurricanes made landfall at such an intensity in the country. In a four-day period, many areas received more than 40 inches (100 cm) of rain as the system slowly meandered over eastern Texas and adjacent waters, causing catastrophic flooding. With peak accumulations of 64.58 in (164.0 cm), Harvey is the wettest tropical cyclone on record in the United States. The resulting floods inundated hundreds of thousands of homes, displaced more than 30,000 people, and prompted more than 17,000 rescues." ▶ https://goo.gl/a8YCEi  ▶ SEARCH MORE ▶ https://goo.gl/3fxSw9 ▶ SLIDE VIEW ▶ https://goo.gl/q4ULxJ

"Hurricane Irma was an extremely powerful and catastrophic Cape Verde-type hurricane, the strongest observed in the Atlantic since Wilma in 2005 in terms of maximum sustained winds. It was the first Category 5 hurricane to strike the Leeward Islands on record, followed by Hurricane Maria only two weeks later. It was also the most intense Atlantic hurricane to strike the United States since Katrina in 2005, and the first major hurricane to make landfall in Florida since Wilma in 2005. The ninth named storm, fourth hurricane, second major hurricane and first Category 5 hurricane of the 2017 Atlantic hurricane season, Irma caused widespread and catastrophic damage throughout its long lifetime, particularly in parts of the northeastern Caribbean and the Florida Keys." As archived in ▶ https://goo.gl/eC3pha ▶ SEARCH MORE ▶ https://goo.gl/U1nJCZ ▶ SLIDE VIEW ▶ https://goo.gl/HJnWUq 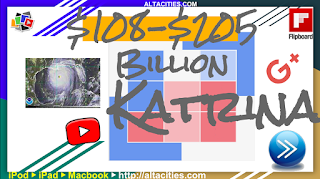 According to the US National Weather Service (link below), "Hurricane Katrina (August 2005) became a large and extremely powerful hurricane that caused enormous destruction and significant loss of life. It is the costliest hurricane to ever hit the United States, surpassing the record previously held by Hurricane Andrew from 1992. In addition, Katrina is one of the five deadliest hurricanes to ever strike the United States. In all, Hurricane Katrina was responsible for 1,833 fatalities and approximately $108 billion in damage (un-adjusted 2005 dollars)." ▶ https://goo.gl/UmaFH8 ▶ SEARCH MORE ▶https://goo.gl/ky956E ▶ SLIDE VIEW ▶ https://goo.gl/8Zw1NQ 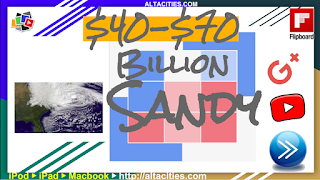 Furthermore, the US Nation Weather Service (link below), reports "Hurricane Sandy was the 18th named tropical cyclone of the 2012 Atlantic hurricane season (June 1 - November 30). Sandy formed in the central Caribbean on October 22nd and intensified into a hurricane as it tracked north across Jamaica, eastern Cuba, and the Bahamas. Sandy moved northeast of the United States until turning west toward the mid-Atlantic coast on the 28th. Sandy transitioned into a post-tropical cyclone just prior to moving onshore near Atlantic City, NJ. For a complete summary of Sandy, view the National Hurricane Center Sandy Tropical Cyclone Report ▶ https://goo.gl/CU4agr ▶  SEARCH MORE ▶ https://goo.gl/xT8JFc ▶ SLIDE VIEW ▶ https://goo.gl/AgKcQn

Hurricane Irma could be among the costliest natural disasters in American history. One estimate from the disaster analysis group Enki Research put damages at $172 billion, which would be more economically devastating than Hurricane Katrina. But that estimate was released before the storm hit Florida, and early reports of damage have been less than first feared. ▶ SEARCH MORE ▶ https://goo.gl/GP1Ztj ▶ SLIDE VIEW ▶ https://goo.gl/sGt483 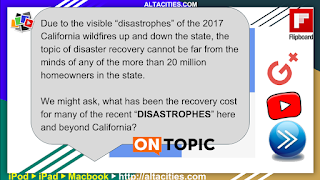 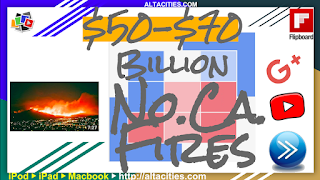 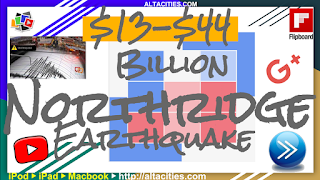 The 1994 Northridge earthquake occurred on January 17, at 4:30:55 a.m. PST and had its epicenter in Reseda, a neighborhood in the north-central San Fernando Valley region of Los Angeles, California. It had a duration of approximately 10–20 seconds. The blind thrust earthquake had a moment magnitude (Mw) of 6.7, which produced ground acceleration that was the highest ever instrumentally recorded in an urban area in North America, measuring 1.8g (16.7 m/s2) with strong ground motion felt as far away as Las Vegas, Nevada, about 220 miles (360 km) from the epicenter. The peak ground velocity at the Rinaldi Receiving Station was 183 cm/s (4.09 mph or 6.59 km/h), the fastest peak ground velocity ever recorded. In addition, two 6.0 Mw aftershocks occurred, the first about one minute after the initial event and the second approximately 11 hours later, the strongest of several thousand aftershocks in all. The death toll was 57, with more than 8,700 injured. In addition, property damage was estimated to be between $13 and $50 billion, making it one of the costliest natural disasters in U.S. history. ▶ SEARCH MORE ▶ https://goo.gl/u3CRVM ▶ SLIDE VIEW ▶ https://goo.gl/P5tn6r 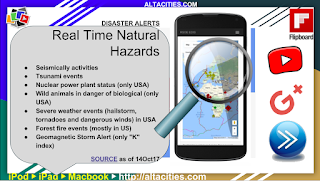 And this source adds ▶ https://goo.gl/1hVjYX ▶ "Disasters, natural or man-made, occur with alarming regularity. Disasters can occur without warning at any time of the day or night. There are many ways a disaster can detrimentally affect condominiums, planned unit developments, townhouses, single-family homes, or any other type of community development. Just like the above scenario, many residents could be displaced, buildings and facilities might need repairs or complete demolition, and reserve funds could be entirely depleted." SEARCH MORE ▶ https://goo.gl/sije1z ▶ SLIDE VIEW ▶ https://goo.gl/BSzjKD 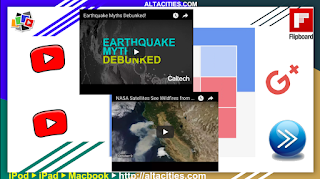 Caltech's Seismological Laboratory, an arm of the Division of Geological and Planetary Sciences (GPS), was established in 1921. It has a distinguished history of leadership in science and serving the public interest. Internationally recognized for excellence in geophysical research and academics and home to outstanding facilities in seismic networks, high-performance computing, and mineral physics, the Seismo Lab is an ideal place for study and research. The Lab serves as a focal point for earthquake information in Southern California and the world. ▶ SEARCH MORE ▶ https://goo.gl/jYmtxY ▶ SLIDE VIEW ▶ https://goo.gl/QHucK4 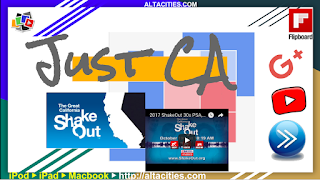 Finally, "Millions of people worldwide will practice how to Drop, Cover, and Hold On at 10:19 a.m. on October 19* during Great ShakeOut Earthquake Drills, which began in California in 2008."

Participating is a great way for your community or organization to be prepared to survive and recover quickly from big earthquakes– wherever you live, work, or travel. ShakeOut is also a major activity of America's PrepareAthon! ▶ SEARCH MORE ▶ https://goo.gl/UUHaLn ▶ SLIDE VIEW ▶ https://goo.gl/tK13CV 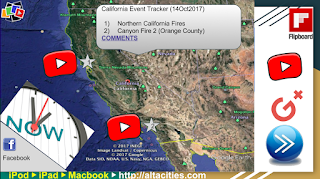 The National Association of Radio Distress-Signalling and Infocommunications (RSOE) operates Emergency and Disaster Information Service (EDIS) within the frame of his own website which has the objective to monitor and document all the events on Earth which may cause disaster or emergency. The main objective is to manage information about events endangering the safety of our own country. EDIS service is using the speed and the data spectrum of the internet to gather information. RSOE is monitoring and processing several foreign organization’s data to get quick and certified information. This data will be continuously published on the RSOE Internet website. Beside the official information, with the help of special programs nearly 1500-2000 internet press publication will be monitored and the publication containing predefined keywords will be processed. However, these cannot be considered as official and reliable information, but much critical, timely information is gathered from these internet searches. ▶ SEARCH MORE ▶ https://goo.gl/bTKDkk ▶ SLIDE VIEW ▶ https://goo.gl/sGt483 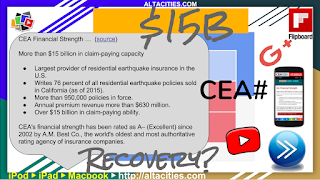 The California Earthquake Authority (CEA) is a not-for-profit, privately funded, publicly managed organization that provides residential earthquake insurance (EQI) and encourages Californians to reduce their risk of earthquake loss. The State of California is not legally responsible for CEA's liabilities, and CEA does not pay any state liabilities. Therefore, CEA assets can't be used for any state government purposes, such as repairing bridges and freeways. As of October 2017, CEA promotes a capacity of $15 billion in claim-paying capacity which represents about 80% of all of the earthquake insurance policies now in effect for the state. That's about a million homeowners with EQI coverage out of the approximate 20 million homeowners in California. 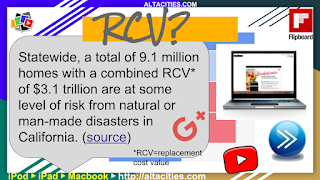 Of the total at-risk homes in Napa and Santa Rosa, 11,058, or 6%, with an estimated RCV of more than $5 billion are at significant risk of damage, falling in the High and Extreme risk categories, according to CoreLogic data. (see source in the graphc)
Although the majority of homes, 161,059, or 94%, are at Low or Moderate risk of damage, CoreLogic explained: "wildfire can easily expand to adjacent properties and cause significant damage even if a property is not considered high risk in its own right." ▶ SEARCH MORE ▶ https://goo.gl/EfMes5 ▶ SLIDE VIEW ▶ https://goo.gl/G31U8u 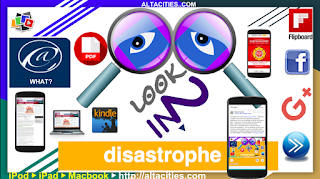 As of October 14, the disaster recovery focus for California is not upon the frequent earthquakes, but upon two wildfires. One is in the Northern California Wine Country (Sonoma and the Napa Valleys). The other is known as Canyon Fire 2, located in the Anaheim and Orange Hills areas of Southern California. ▶ SEARCH MORE ▶ https://goo.gl/4qFyBp ▶ SLIDE VIEW ▶ https://goo.gl/2Mc9Jw

Source provides analysis, calculated based on homes within these two Core Based Statistical Areas (CBSAs) and on five active fires – three in Napa (Patrick, Atlas and Tubbs) and two in Santa Rosa (Nuns and Pocket). Statewide, a total of 9.1 million homes with a combined RCV of $3.1 trillion is at some level of risk from wildfires in California. ▶ SLIDE VIEW ▶ https://goo.gl/G31U8u ▶ SEARCH MORE ▶ https://goo.gl/4C6KWV ▶ SLIDE VIEW ▶https://goo.gl/qVoaMN

When you change the way you look at things, the things you look at change
Today's Tweets are Tomorrow's Posts in 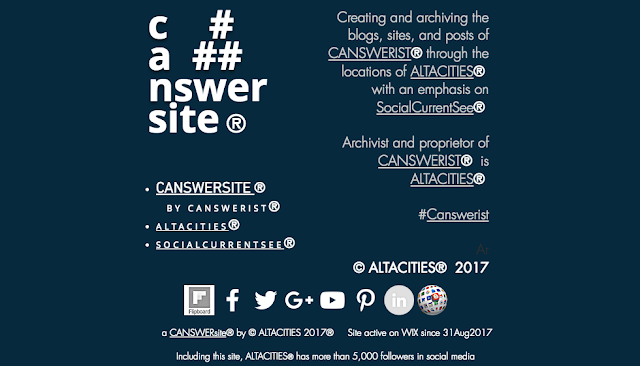