WHAT is an HOA WATCHDOG?▶  Do they really exist?
Alta♥CITIES▶ http://flip.it/B0Imjt▶ via @flipboard
ALTACITIES® CANSWERIST® blogs here and archives for SocialCurrentSee® 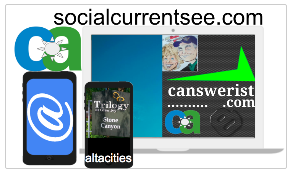 Readership of newspapers is clearly declining. Print journalism business is dying.  No wonder, then, that journalistic coverage of common interest developments (aka HOAs) is virtually non-existent.  Web and social media sources like blogs, Twitter, and YouTube offer some coverage of HOA subjects with a somewhat effective investigative (watchdog) slant. This blog as well as our SocialCurrentSee endeavor to archive some of this content.

With some 9 million California residents living in HOAs, this may be the largest population in the state without free press coverage of their communities. Yes, to the dismay of many, there is really very little mainstream media coverage of common interest developments, the communities where an ever growing number of homeowners and residents live, according to this SOURCE.

Michael Hastings’ untimely death at the age of thirty-three rocked the journalism community. But the New York Times bestselling author of The Operators left behind an unexpected legacy: a wickedly funny novel based on Hastings’s own journalistic experiences in the mid-2000s. Discovered in his files, the novel features a wet-behind-the-ears intern named Michael M. Hastings who must choose between his career and the truth. A searing portrait of print journalism’s last glory days, The Last Magazine earned Hastings comparisons to Evelyn Waugh and Hunter S. Thompson and stands as a testament to one of America’s most treasured reporters.