Americans Warm Up to Every Religious Group Except Evangelicals


But is this poll really correct?  Since when are churches and denominations judged by popularity?

WHO▶ are the evangelicals?▶ https://goo.gl/7YyBdz ▶ Evangelicalism, Evangelical Christianity, or Evangelical Protestantism is a worldwide, trans-denominational movement within Protestant Christianity, maintaining that the essence of the gospel consists in the doctrine of salvation by grace through faith in Jesus Christ's atonement.


▶List of the largest Protestant churches in the United States▶ https://goo.gl/MI1xVo ▶ SOURCE: Wikipedia, the free encyclopedia ▶ In a scan of this list of the largest USA Protestant churches, you will see many with the evangelical title, but the "evangelical" name is not the sole moniker for evangelicals. Countless members of the Protestant evangelical movement are members of mainline churches and denominations that don't include that subtitle or identification. Note that the definition of evangelical is followers of the gospel dealing with the salvation of grace through faith in Jesus Christ atonement. So, can it be that virtually ALL Christians subscribe to that doctrine in some form or another? If you agree, then the evangelical label is more broad than the CT survey suggests and the popularity of evangelicals is not easily estimated or surveyed..

WHAT▶ is amazing to some about this CT report on the popularity of evangelicals is the question: Why does a secular view of what's popular or who is popular really matters with regard to matters of faith?

WHEN▶ did the term evangelical arrive?▶ https://goo.gl/DaiuCi ▶ EVANGELICALISM, a major part of popular Protestantism, is among the most dynamic religious movements in the contemporary world, alongside resurgent Islam. While on the rise globally, the developing world is particularly influenced by its spread. And perhaps it is that apparent clash with resurgent Islam that brings a certain alarm in parts of the Christian world about their brothers and sisters who embrace Christian evangelicalism.

WHERE▶ are the contemporary evangelical churches?▶ https://goo.gl/i8TbjQ▶ If you really look for the location and identity of today's evangelical churches, you will find a vast universe of congregations to identified. This means that the larger majority of all other faiths are probably not clear about what a true evangelical is, thus how can they possibly give and accurate popularity rating to these groups?

WHY▶ do Christians fall into so many groups?▶ https://goo.gl/q5XxAe▶ The total number of Christian denominations have atheists and skeptics pondering this question. But the answer probably lies in the logic of the answer: Why is humanity so diverse? If you believe in the act of creation and a God creator, you first know that He granted humans the power of choice. From the point of creation and for all time, that power of choice has become greater, not lesser than the original.

HOW▶ are evangelical christians different?▶ https://goo.gl/Ir57L5▶ For one, evangelicals point to a specific, personal conversion experience in which they are "born again" or "saved." According to PrayerFoundation.com, "individuals (above an age of accountability) must personally trust in Jesus Christ for salvation." 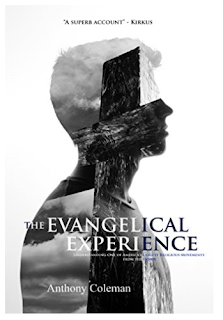