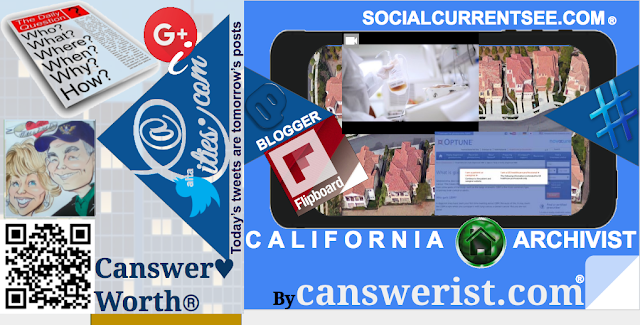 What is Gioblastoma?
​
#Gioblastoma▶ #SocialCurrentSee
▶ As a mantle cell lymphoma (MCL) survivor since spring 2006, I have crossed paths with hundreds, if not thousands of similar patients. Some have had my exact diagnosis, but most have had other conditions.

▶ No doubt, you have noticed that the #SocialCurrentSee topics on this domain range from common interest developments (more than HOAs, CIDs, and POAs, but also a host of interests for those who have this in common with me: cancer survival.

▶ At my cancer treatment center since 2006, City of Hope, researchers have found using CAR-T cell therapy, a type of immunotherapy, as a successful way to treat one of medicine’s biggest challenges: brain cancer. Learn more about COH research:

▶ City of Hope is an independent research and treatment center for cancer, diabetes and other life-threatening diseases. Designated as one of only 47 comprehensive cancer centers, the highest recognition bestowed by the National Cancer Institute, City of Hope is also a founding member of the National Comprehensive Cancer Network, with research and treatment protocols that advance care throughout the world. City of Hope is located in Duarte, California, just northeast of Los Angeles, with community clinics throughout Southern California. It is ranked as one of "America's Best Hospitals" in cancer by U.S. News & World Report. Founded in 1913, City of Hope is a pioneer in the fields of bone marrow transplantation, diabetes and numerous breakthrough cancer drugs based on technology developed at the institution. For more information about City of Hope, visit http://www.cityofhope.org and follow COH on Facebook, Twitter, YouTube or Instagram. 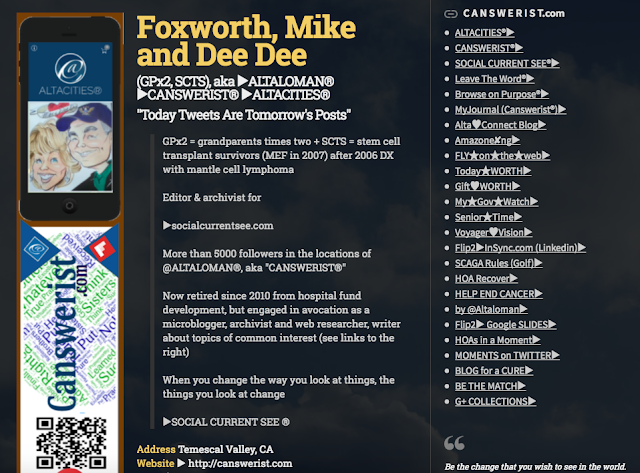 Circa 2006, we started here on
Blogger, then advanced to social media

Today's Tweets are
Tomorrow's Posts
Between posts,
you may like to follow the archived stories and links of...